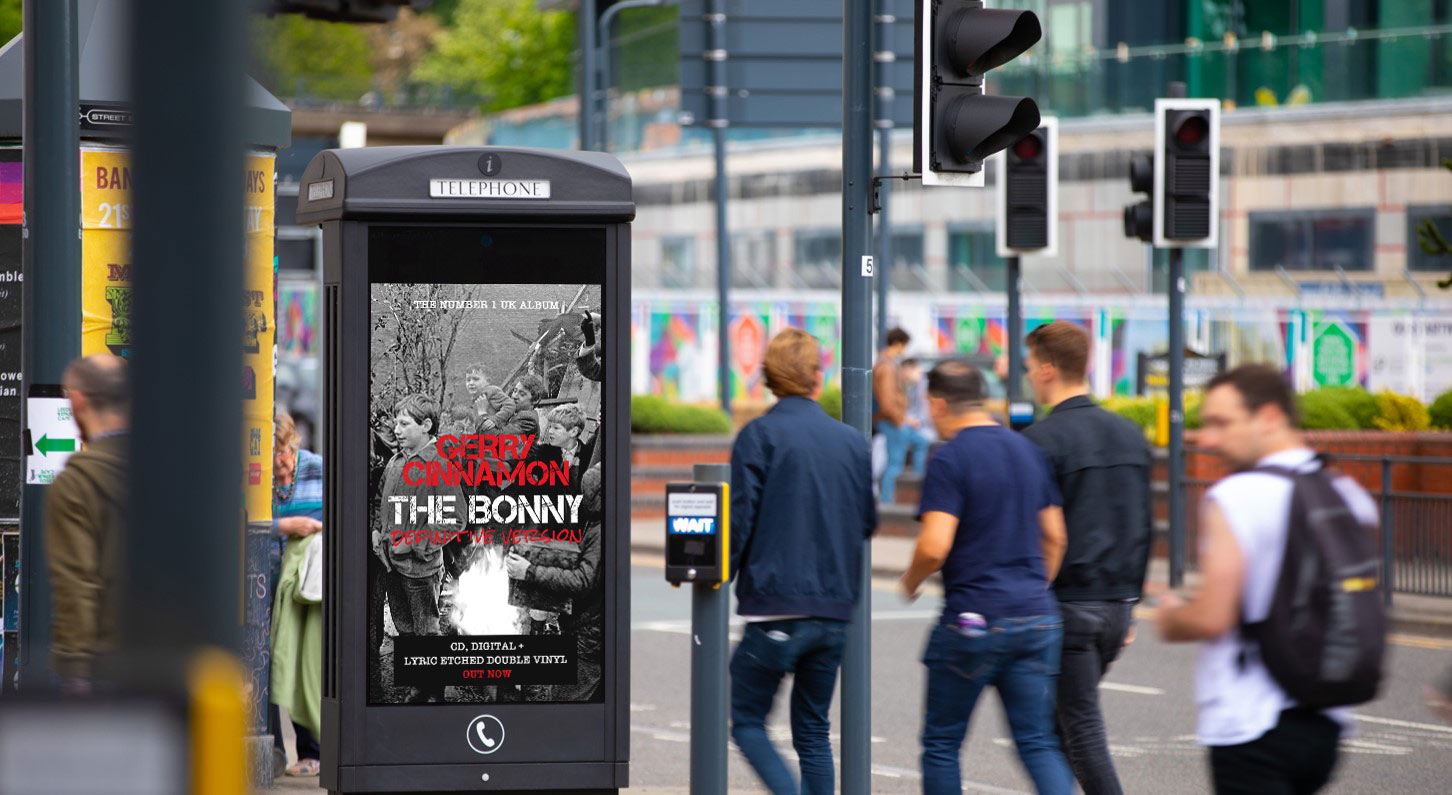 To celebrate the release of the ‘definitive’ version of Gerry Cinnamon’s second album The Bonny we were approached by his team to hand-pick outdoor locations across the UK to granularly target his biggest fans, many of which would have already purchased the album in some form upon it’s original release. We utilised digital 6-sheets in close proximity to record shops and areas of cultural significance in each target city with a statement piece D48 in his hometown of Glasgow.

The album debuted at Number 1 upon it’s release and was in the top 20 bestselling Vinyl albums of 2020.